The store will not work correctly in the case when cookies are disabled.

We use cookies to make your experience better. To comply with the new e-Privacy directive, we need to ask for your consent to set the cookies. Learn more

Wine as a Symbol of Light 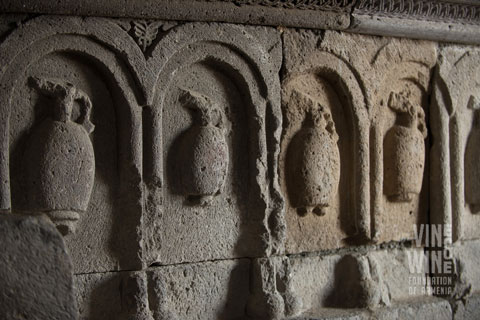 One way the ancient Greeks used to serve their god of wine Dionysus was by engaging in the Dionysian Mysteries. These were rituals where people would use intoxicants to remove any and all inhibitions. The true goal, however, was to find deeper truths by overstepping the metaphorical bounds of mortality. In a sense, the Dionysian Mysteries were a rite of knowledge. And knowledge has always been the light to lead us through the dark.

The Greeks weren’t the only ones who associated wine with knowledge. It has always been an important symbol in the Christian tradition as well. Wine is a constant in Christianity: it’s said to be a gift of God to humanity, it’s in the Last Supper, it symbolizes Christ’s blood, and it is used in modern rituals.  The general Christian tradition views wine as a gift of God not only because of the light that wine symbolizes but also due to its symbolic relation to Christ’s sacrifice.

And like all other Christian denominations, the Armenian Apostolic Church values wine as a symbol. In Armenia, wine has always been associated with the ancient mysteries, the knowledge that emerges from the depth of centuries, and the blood of Christ. This blood, symbolic though it is, represents Christ’s sacrifice for humanity, his light that can never be extinguished. Jesus Christ’s light, sacrifice, and wisdom is represented through the symbol of
Sacramental wine.

And from the ancient pagan times through the boom of Christianity up to the modern times, wine has always been and remains a symbol of knowledge, wisdom, and light.